The Year of Crimson Desert Online 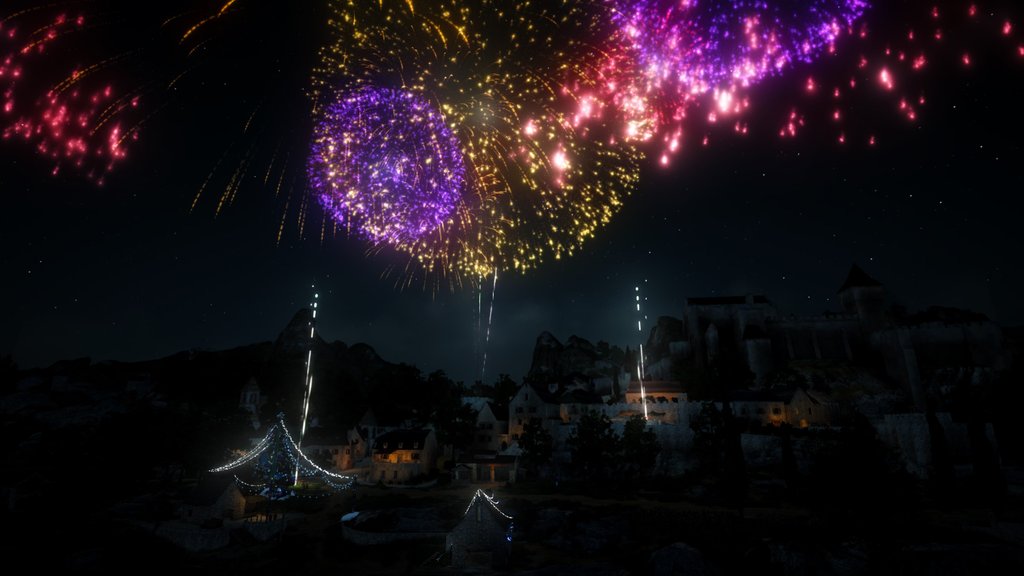 Hello everyone! A week has passed since the launch of Crimson Desert Online, our community is ever growing and our server has evolved for the better! In today’s newsletter we are going to be covering some of the awesome updates from this week and elaborate on our plans for class balance.

We recently crossed over 17,000 unique accounts that have joined Crimson Desert Online! We are also working on adding support for multiple languages and regions. As a first step, we have recruited a team of now over 20 Helpers that will help us make sure everyone is getting the support they need.

To celebrate the beginning of a new year, we will be hosting a minor event during New Year's Eve. At 23:45 UTC tomorrow on the 31st we will gather as many players as we can in Velia on EU1 and at 00:00 UTC we will shoot fireworks to mark the start of Crimson Desert Online's journey through 2019! Everyone who participates will receive some furniture as well as 24 hours of GM's Blessing 3, which will come in handy when we release Valencia on the 11th of January! 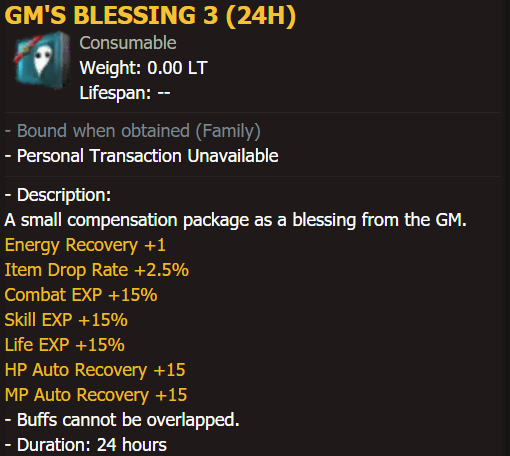 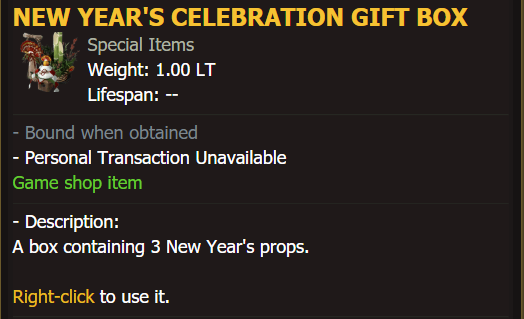 Since release we have been pushing out daily patches to make sure we stay on top of all issues. This week we rolled out six patches that addressed a variety of issues. If you haven't seen them already, be sure to check them out in our new patch notes post. We are going to keep up the high pace of development so that pressing issues get fixed as soon as possible!

Some notable changes from this week's changelogs:

As you saw above, we recently fixed an issue with the enhancement system where the formula wasn’t taking failstacks into account properly. This has been fixed, and we’ve also updated the base enhancement rates to be better. We are soon moving towards Valencia which will unlock PRI-PEN, so we are excited to see you explore the game with our revamped enhancement rates and the updated Caphras system!

Lately, we have also been getting more questions about the High-Rate server and what our plans are for it. As you likely know already, the high rate server will have several times higher rates compared to the mid-rate server. Meaning more loot and faster EXP gain, in addition to streamlined enhancement, more shop features and higher-paced gameplay. The server will be built specifically for those who want to jump straight into the action! A final date for the server has not been set, but we will be talking in more detail in a upcoming newsletter.

As a part of our commitment to improving upon the game, we will be adding some quality-of-life systems that make the game less cumbersome to play. This week, we got rid of the excel sheets and implemented our original new in-game boss timer! 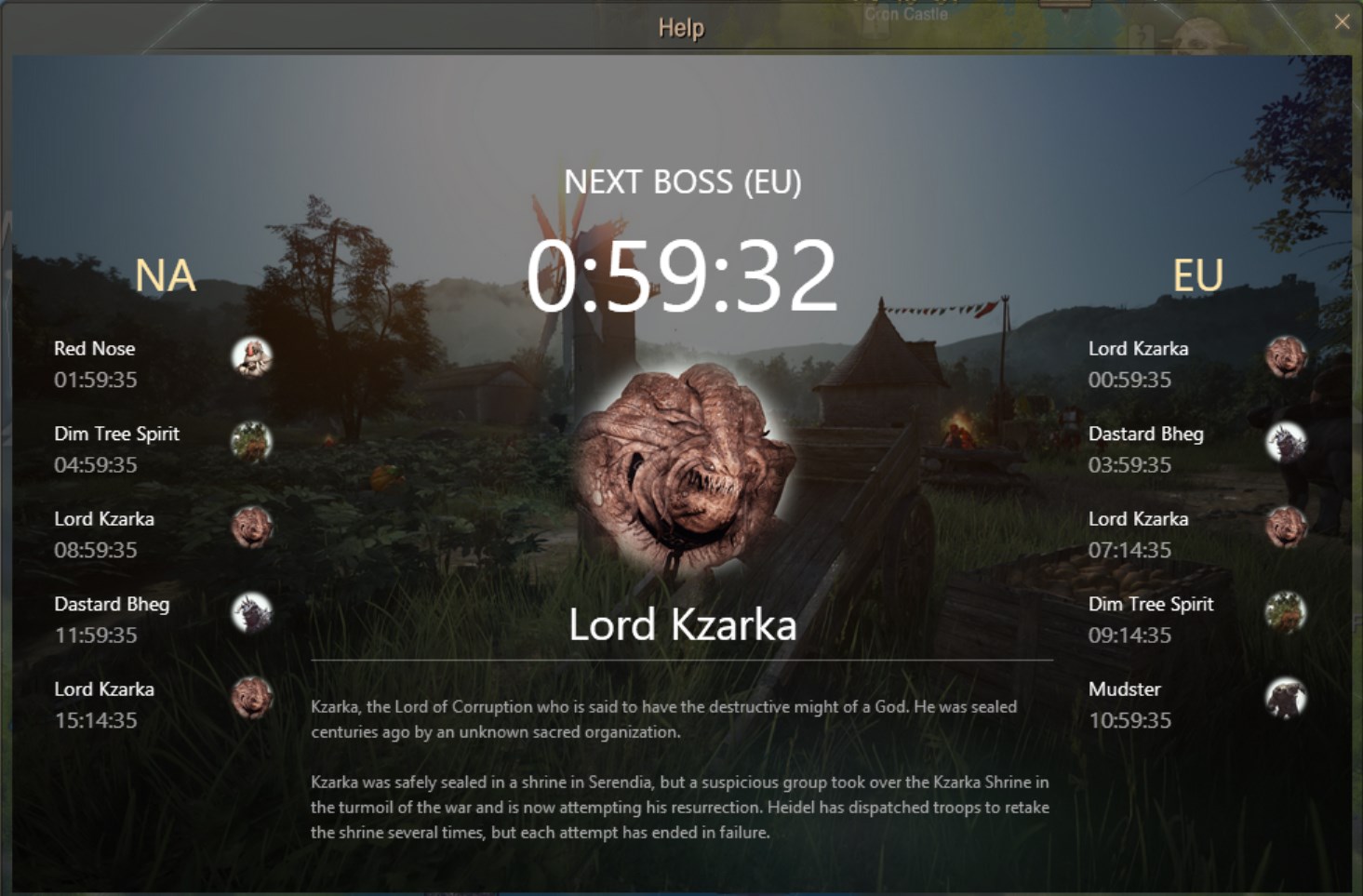 With the revamped UI you can easily track bosses and when they spawn. This makes it so you no longer have to rely on third-party resources to plan ahead of time for your bosses that day. It also shows you which server so that you can swap ahead of time and get ready with your guildmates. It can be found by opening the map and clicking the icon for it in the bottom right corner, here's what it looks like!

If you’ve been with us since Beta 1 you’ve seen the pearl system evolve as we tune it towards a better system. Earlier this week we made a change that drastically increased the amount of pearls players got on average. The previous state of pearls were a definite upgrade from the pearl quests. It allowed you to keep playing the way you wanted, and also be rewarded for it! The problem was that the rewards never really felt good. It was far too common to get the lower-end of pearls while you would occasionally get lucky and get a massive boost in pearls. We wanted to create variety in the drops and quickly realised we would not be able to do this without also increasing the sheer amount of pearls you would get on average. One of our core principles is making sure everyone is having fun. As such, we did not let the amount of pearls dropped be a hindrance and drastically increased how many pearls you can get from each box!

Our goal is to reward active gameplay, but we also want to encourage you to play the way you want. Which is why we will be looking at introducing methods of attaining pearls from semi-AFK activities such as Alchemy, Cooking, and Processing. More information about this will follow in another newsletter, and we will be looking for player feedback when we decide exactly how to achieve this.

With our rapidly growing community, we ran into the problem of our servers not handling the number of players in a single area sooner than we expected. To compensate for this we have migrated our database to its own dedicated servers which will allow for uninterrupted backups, lower latency for players and more resources to handle in-game activities. Here's a player submitted picture showing hundreds of people within a few feet of each other, now we can handle many times that! 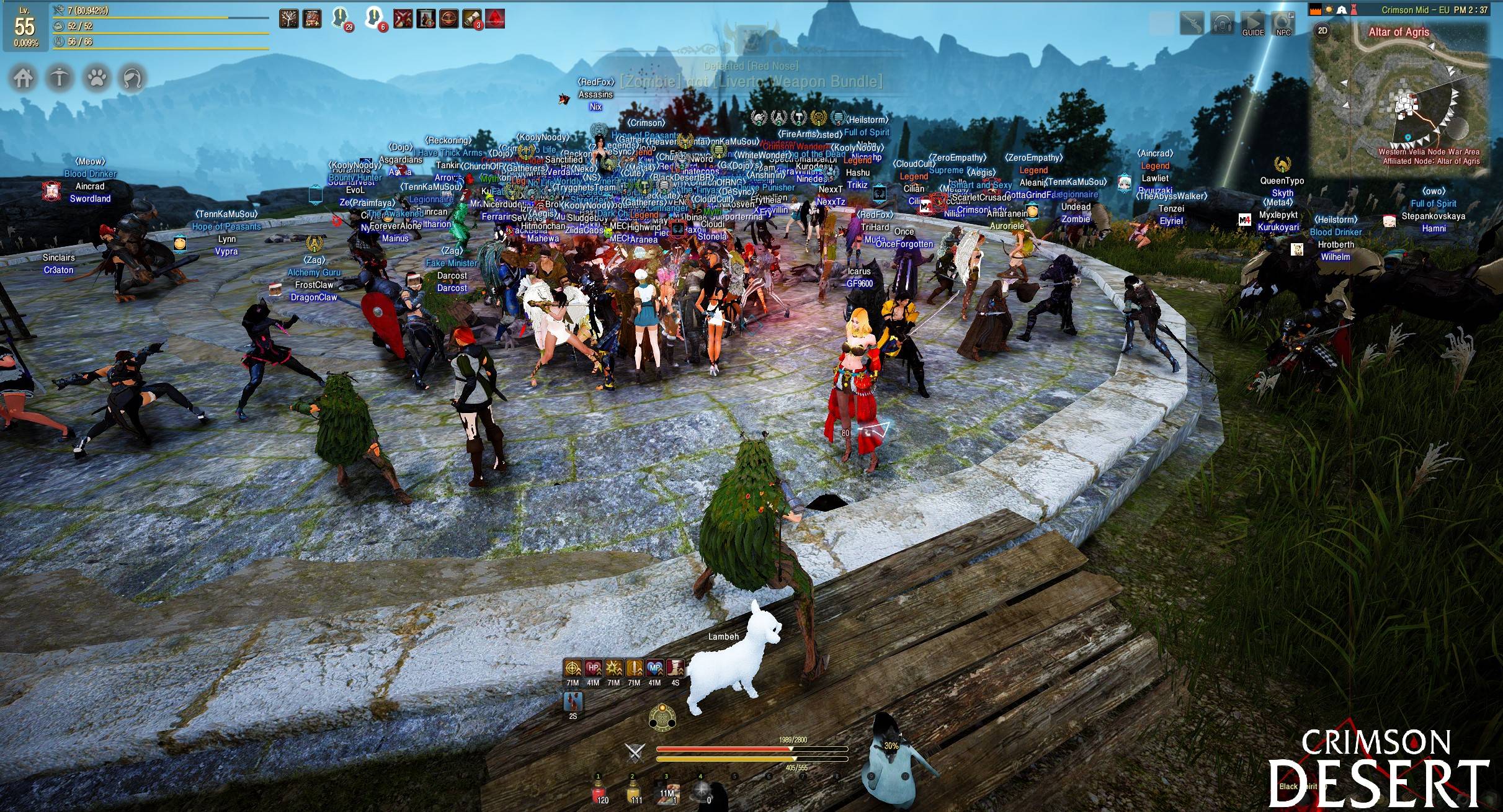 In the upcoming weeks we will be taking a look at all popular grind areas and investigate the possibility of adding more spawns for various mobs. We want to make sure that you can play in a world where there are lots of players around, while also being able to grind the areas you want to. Currently, certain zones suffer from only having a couple viable grind rotations which means that even if you're willing to fight for it you won't necessarily be able to get the items you would like. To mitigate this we are going to increase the density of mobs in many areas across the map. These changes will come gradually, and we are happy to hear your suggestions on where it is needed!

Some notables areas that are definitely getting increased are Treants, Sausan Garrison, Manes Hideout, Manshas and Ogres. With these changes, you will be able to discover new rotations, get more out of your time while grinding and ensure that you can efficiently work towards the goals you set for yourself!

Starting next week we will begin dedicating parts of our team to the analysis of class balance, and investigation of skills. The goal here is to lay the foundations for a healthy PvP environment where you feel like your skill and gear matters more than the choice you did at character selection. Imbalance of classes is something that has plagued both retail and other servers for a long time, and while class balance is certainly not easy to get right, it is something we believe we can get into shape with the assistance of our community.

Class balance changes will include, but not be limited to;

Initially, we are not planning to push large balance patches, they will usually be smaller and find their way into regular patches. Our first goal is to get all the classes to a point where they have a place in the current meta. Once we have achieved that, we can consider doing larger changes that affect how the class plays.

That's all for today, we hope your holidays were great! We are only a few days away from 2019, and we in the team are looking forward to an exciting year of Crimson Desert Online and are glad to have you with us on that journey!